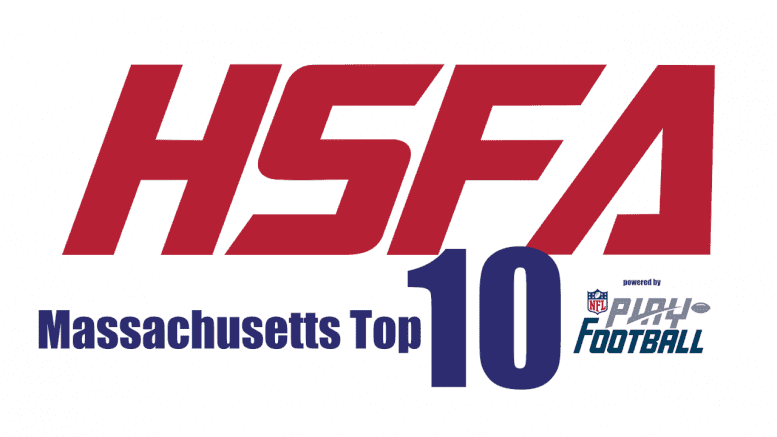 As we get ready for the state semifinals this week, Catholic Memorial, who will play Marshfield in the Division 2 semis this week, remains the top team in the High School Football America Massachusetts Top 10. The Knights were expecting a matchup with unbeaten Lincoln-Sudbury, but Marshfield pulled-off a 27-23 upset. L-S drops from No. 7 to No. 10 in the latest rankings that are powered by NFL Play Football.

On the other side of the bracket is No. 6 King Philip Regional taking-on No. 8 Milford. It will be a rematch of the October 15th game won by KPR 17-14.

In the Division 1 semifinals, No. 2 Central Catholic will square-off with No. 4 St. John’s Prep. Back on September 18, SJP beat Central 49-14. After a 5-0 start, the Eagles have won four of six with an upset loss to St. John’s (Shrewsbury).

In the other D1 semifinal, No. 3 Springfield Central plays No. 5 Franklin. Central advanced to the semis by beating No. 7 Xaverian Brothers 40-15.

With the traditional games around the corner, we won’t release our next statewide rankings until November 30, just before the state championship games.