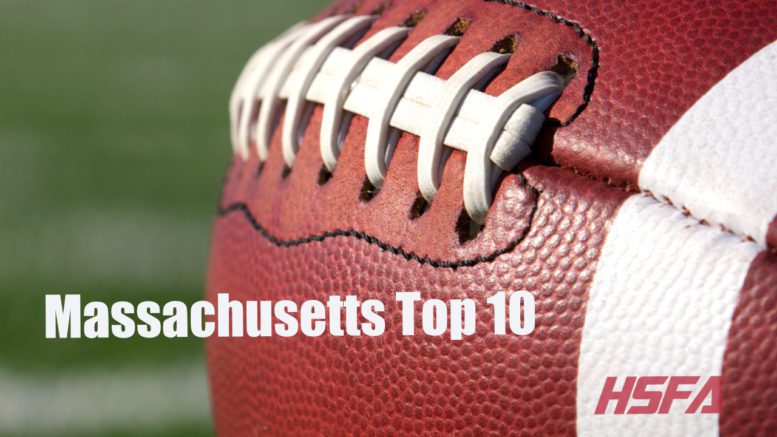 Catholic Memorial’s postseason run has boosted the Knights to No. 2 in the latest High School Football America Massachusetts Top 10 that is created with our proprietary algorithm. The Knights jump four spots after knocking off former No. 2 Xaverian Brothers in the Division 1 semifinals. That sets up a showdown with No. 1 St. John’s Prep for the state title on December 1.

However, before we get to the state title game, both teams have been Thanksgiving Day games. Catholic Memorial plays its rival BC High, while St. John’s Prep plays Xaverian Brothers at Fenway Park.

In Division 2, two-time defending champ King Philip Regional remains No. 7 after knocking-off former No. 4 Mansfield in the state semis. The victory avenged a 28-27 regular season will by Mansfield, which falls five spots to No. 9 in the latest rankings.

King Philip will go after its three-peat on December 1 when it plays unbeaten North Andover. Both teams also have Thanksgiving Day games with King Philip playing Franklin and North Andover facing Andover.

New to the Top 10 this week is Tewksbury Memorial at No. 10. The Redmen will test that ranking this weekend in the Division 3 semifinals against No. 6 Duxbury.