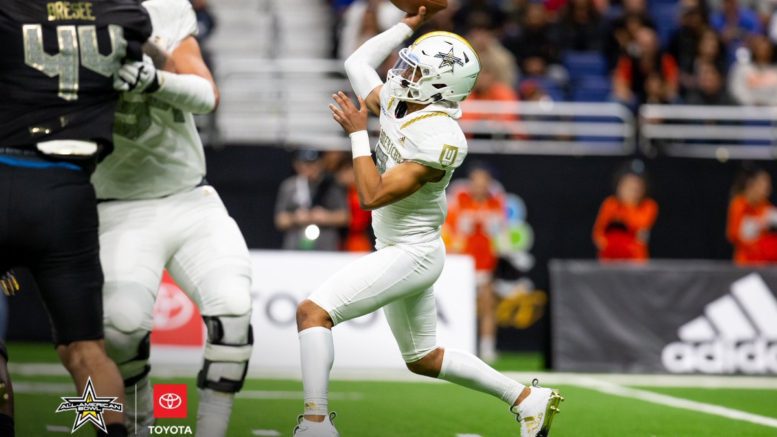 Before heading to Tuscaloosa, the nation’s No. 1 dual-threat quarterback Bryce Young of Mater Dei (California) picked-up another piece of hardware as he was named the All-American Bowl MVP in a 33-20 win by the West over the East in the 20th annual all-star game in San Antonio, Texas. The Alabama-bound 5-star recruit was 6-for-9 for 164 yards with a pair of touchdowns.

Ironically, Young’s Trinity League rival DJ Uiagalelei of St. John Bosco (California), who is headed to Clemson, played on the East squad. Uiagalelei, who led the Braves to the High School Football America national championship in 2019, was 16-of-25 for 252 yards and two scores.

Preseason No. 1 Mater Dei (California) wins another 7 on 7