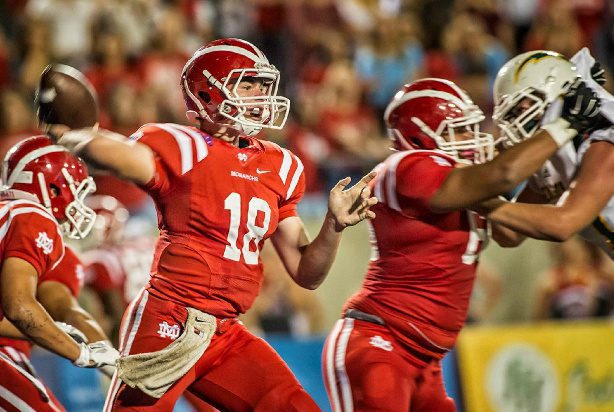 Photo courtesy of OCsidelines.com. Freshman QB JT Daniels (No. 18) has been playing like a seasoned veteran for undefeated Mater Dei. Photo/Terry Jack.

Mater Dei (Santa Ana, CA) quarterback J.T. Daniels, the overall No. 4 college prospect in the Class of 2019, according to 247Sports’ composite rankings, says Michigan, Stanford, USC and Washington are his top four teams.  Daniels, who’s thrown 100 touchdowns passes in his two years as a starter for the Monarchs, made the announcement today on Twitter.

Mater Dei, which opens fall camp on Monday, opens the season ranked No. 2 in the High School Football America Preseason Top 100 that is created with our proprietary algorithm.