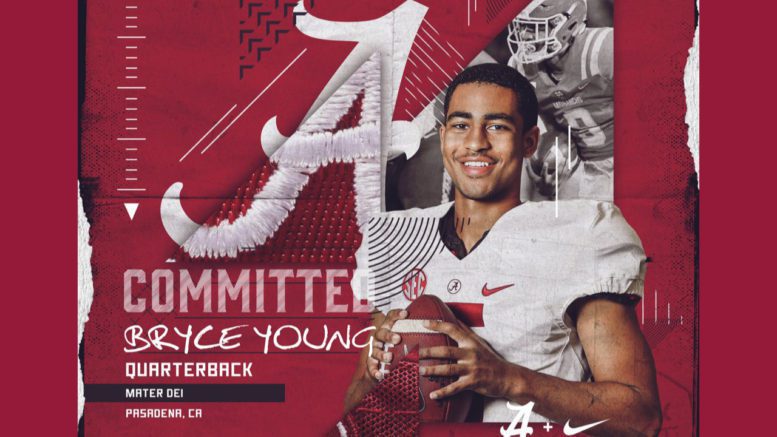 Bryce Young, who is leading No. 1 Mater Dei toward its third straight High School Football America “mythical” national champ, is no longer verbally committed to USC. Over the weekend, after visiting the University of Alabama, the dual-threat QB flipped his verbal to the Crimson Tide.

He also thanked USC for the opportunity.

Young has been outstanding so far this year, throwing for 1,272 yards with a 73.5% completion rate. He’s tossed 14 touchdowns with just one interception in four games against one of the toughest schedules in the nation.