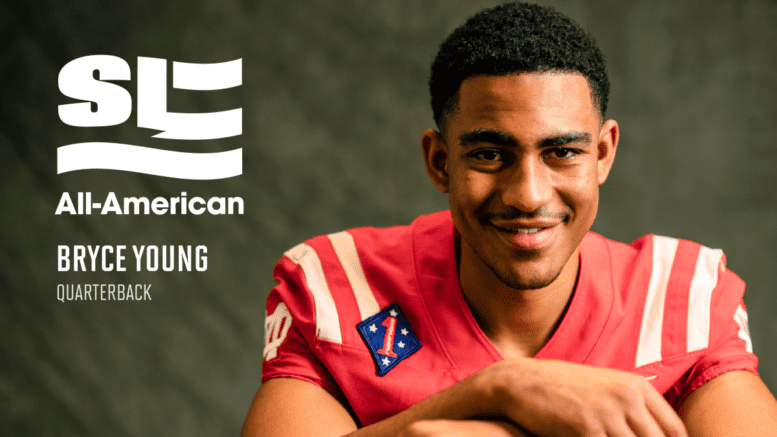 Mater Dei quarterback Bryce Young will be part of the first-ever Sports Illustrated All-American High School Football Team. The magazine named Young as the first member of its first-ever All-American team that will be announced over the coming weeks.

In all, SI will name 25 seniors to its All-American squad. According to a story on its website, SI stated it will honor “one quarterback, two running backs, three wide receivers, one tight end, five offensive linemen, four defensive linemen, three linebackers, four defensive backs and two all-purpose athletes who have displayed dominance at multiple positions during their prep careers.”

Young had an outstanding career at Mater Dei where he won the High School Football America “mythical” national championship in 2018. This past season, the Monarchs were No. 1 for a majority of the season while playing one of the toughest schedules in the nation.

The Alabama-recruit‘s scholastic career ended with a loss to St. John Bosco in a matchup between the Southern California heavyweights who were ranked No. 1 and No. 3 in our national Top 100 at game time. He threw for 4,528 yards and 68 touchdowns this fall.