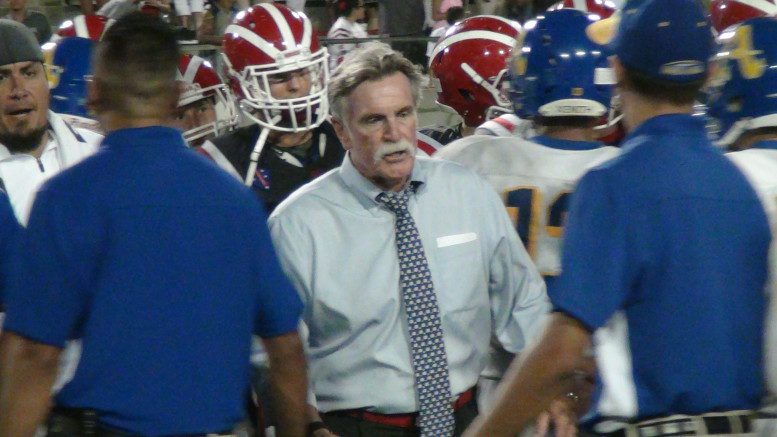 Since taking-over the reigns of the football program at his alma mater, Rollinson has directed the Monarchs to 11 CIF-Southern Section championship games, winning five titles. In the mid-90’s, two of Rollinson’s teams were named national champions by USA TODAY.

Among the top players he has coached are quarterbacks Matt Barkley and Matt Leinart, who went to USC. Rollinson’s current quarterback, sophomore J.T. Daniels, has already thrown 100 touchdowns in his career, which gives him the most in Orange County history with two more years to go.

“We are extremely pleased to honor Coach Rollinson,” said Bobby Ferraro, Executive Director of the NHSCA. “Coach Rollinson has established Mater Dei as one of the best programs in the nation. He’s exhibited a strong dedication to supporting and developing high school student-athletes.”

Rollinson is the second California high school football coach to receive the honor. De La Salle’s Bob Ladouceur, the NHSCA’s only two-time winner, won the award in 2001 and 2004.

Throughout 2017, the NHSCA will be honoring high achievers in the high school coaching community by naming Coaches of the Year in a total of 20 boys’ and girls’ sports. It’s the 18th straight year that the NHSCA has presented its National Coach of the Year Awards.

Below are the NHSCA’s past selections for National High School Football Coach of the Year.