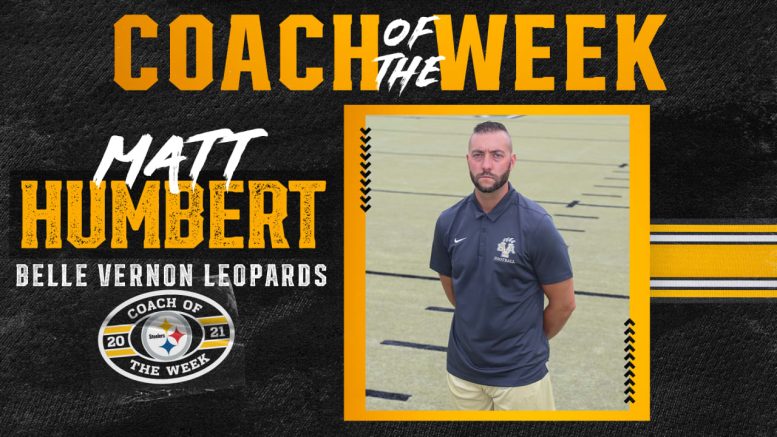 The Week 4 winner of the Pittsburgh Steelers Coach of the Week award is Matt Humbert, head football coach at Belle Vernon High School.

“In an early season matchup of two of the favorites to win Class 4A, No. 2-ranked Belle Vernon knocks off No. 1 Thomas Jefferson, 28-21. The game was tied at 21 in the fourth quarter with just over 10-seconds remaining and the Leopard offense faced a fourth-and-13 situation. And in the blink of an eye, an amazing 40-yard quarterback keeper gives the Leopards the victory in front of their home crowd at “The Beach.” Coach Humbert, who took over in 2014, has the Leopards in the driver’s seat in the Big 8 Conference at a perfect 4-0.”