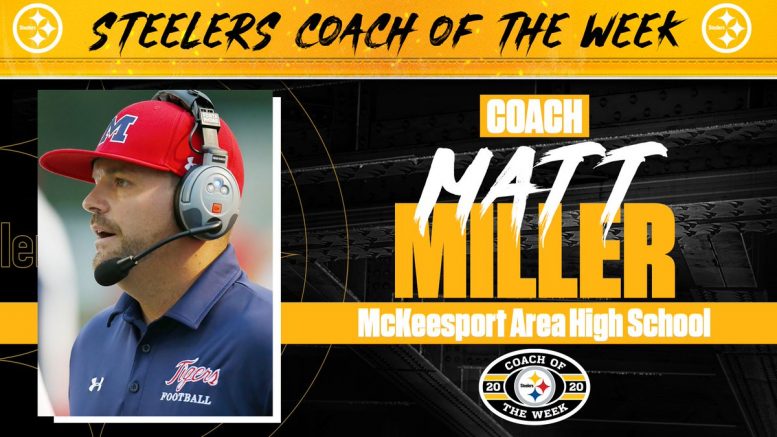 McKeesport head coach Matt Miller is still on a high after his team’s 20-14 upset of Thomas Jefferson, which entered the game ranked No. 9 in the High School Football America Pennsylvania Top 25. For his team’s outstanding performance, Miller is this week’s Pittsburgh Steelers‘ High School Coach of the Week.

Coach of the Week honors for Week 7 is earned by Matt Miller from @McKeesportArea whose team rolled into Thomas Jefferson and pulled off an upset win. The upset was loss was the first for TJ in conference play since 2017, and its first at home since 2015.

Miller took-over the reigns of the McKeesport program in 2017 after legendary George Smith retired. Miller played for Coach Smith, graduating in 1992. He was also an assistant on Smith’s staff.