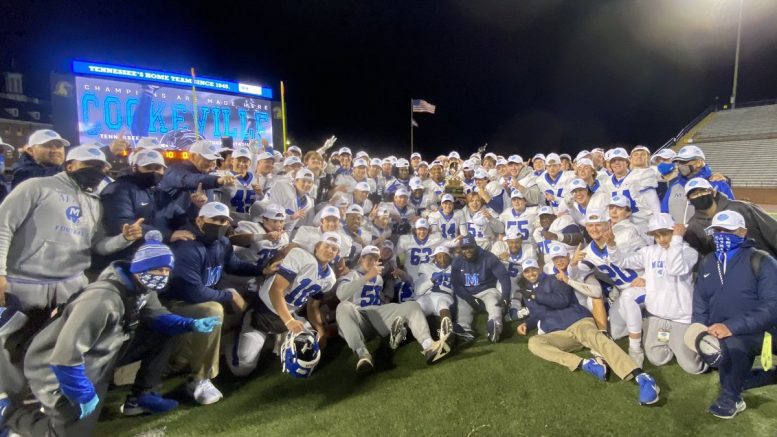 PLAY OF THE GAME:

As @eyb_3 is going down, he pitches it to @KiingHarris0. Bet you can guess what happens after that… 54-YARD @McCallieSports TOUCHDOWN!

The Blue Tornado was led by Tennessee Mr. Football finalist BJ Harris. The Missouri running back recruit scored three touchdowns and was named the game’s MVP.

McCallie coach Ralph Potter, whose preseason social media post stressing the importance of playing the season went viral, on how grateful he is for the kids to have played #bestofpreps pic.twitter.com/XjpM9eW3Nq