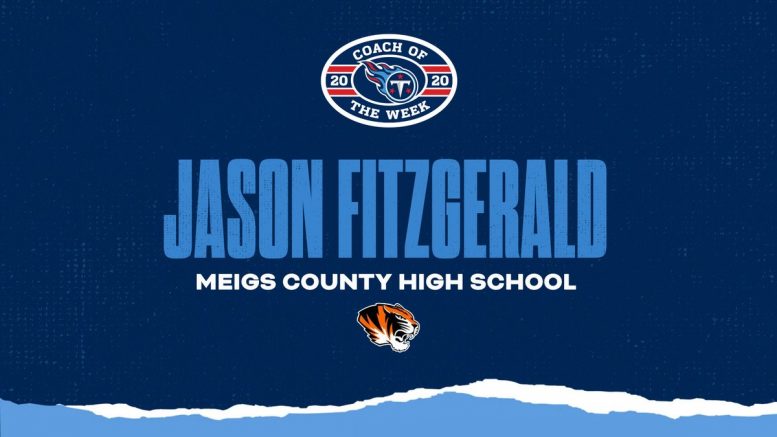 The National Football League‘s Tennessee Titans are honoring Meigs County head football coach Jason Fitzgerald as their Coach of the Week for August 28. Fitzgerald’s program will receive a $1,000 donation courtesy of the Titans Foundation, plus he is now in the running for the 2020 Titans’ Coach of the Year Award.

Fitzgerald took-over the Meigs County program in 2014. Last season, Fitzgerald led the Tigers to a runner-up finish in Class 2A, losing to Peabody in the state championship game 27-16.

Congratulations to Meigs County Coach Jason Fitzgerald for being named the @Titans High School Coach of the Week for August 28🏆 Coach Fitzgerald will receive a $1000 donation for his program courtesy of the #Titans Foundation 🏈 Way to go Coach #TitanUp pic.twitter.com/zeVESYRvmV