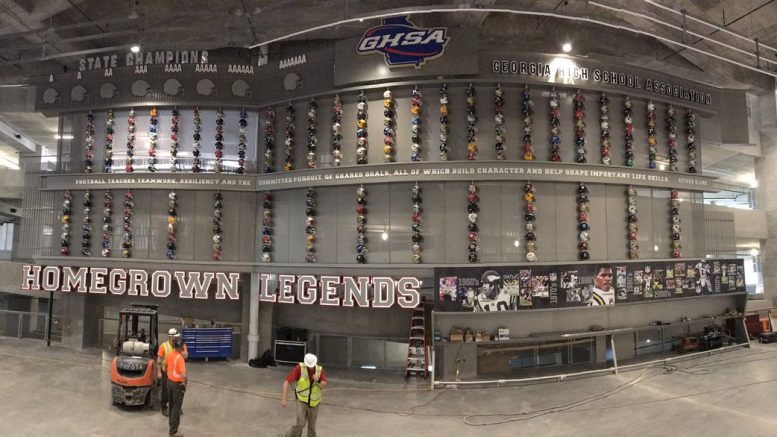 The new home for the Georgia high school football state championships, Mercedes-Benz Stadium, will continue the tradition of celebrating the sport.  Earlier this week, Atlanta Falcons’ President and CEO Rich McKay tweeted-out a photo touting the new stadium’s wall that will feature a helmet from every high school football program in the state.  The Georgia Dome, which opened in 1992 and closed at the end of the 2016 NFL season, had a similar salute to high school football.

The Corky Kell Classic, which annually kicks-off football in the Atlanta-area with some of the top teams facing-off against each other, was the first-ever sporting event held in the Georgia Dome in 1992.  Because the new stadium won’t be ready, the 26th edition of the Corky Kell will be played at Mercer College and Georgia State’s stadiums.

The first game in Mercedes-Benz Stadium will be a preseason NFL game between the Falcons and the Arizona Cardinals on August 26th.

Does Your High School Football Program Want Its Own Podcast? Check-out PostGame Recap