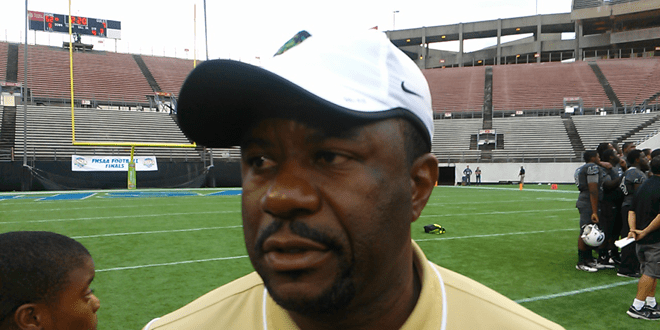 During Smith’s time at the helm of Miami Central has been a successful one. Smith, who took over as head coach in 2013, has led the Rockets to back-to-back Florida Class 6A state football titles. Last year’s title was the school’s third straight and fourth in the last five years.

In two seasons with the Rockets, Smith has only lost two games — both to Miami-rival Booker T. Washington. Last season, Miami Central finished #7 in the High School Football America Top 25 national rankings. Prior to arriving at Miami Central, Smith spent six seasons as the head coach at Miami Northwestern, leading the school to an overall record of 69-13, which included a perfect 15-0 season in 2006 that ended with a state championship.

Smith is the third coach from Florida to be honored by the NHSCA with its National Football Coach of the Year Award. Past winners were St. Thomas Aquinas’ George Smith in 2011 and Charles “Corky” Rogers of The Bolles School in 2005.