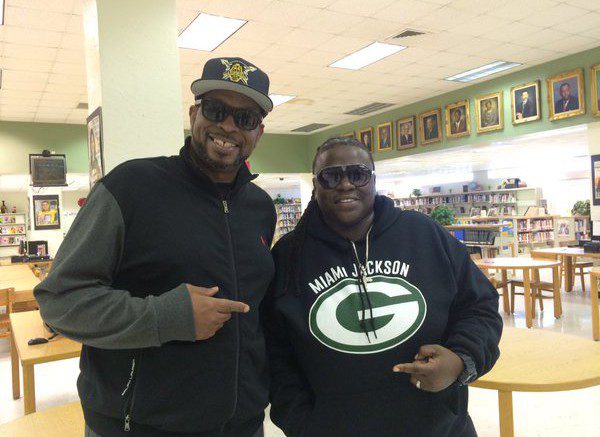 Lakatriona Brunson made Florida high school football history on Monday when she was named head football coach at Miami’s Jackson High School.  Brunson, who is a physical education teacher at Jackson, plus is part of the reality show South Beach Tow, becomes the first female head football coach in Florida.

Adding to the intrigue of Brunson’s hiring is the naming of Luther Campbell as defensive coordinator.  Luther has gone from being the frontman of the controversial 80’s rap group 2 Live Crew, to a very respective defensive coach at Miami Central, Northwestern and most recently Norland.

Campbell had been rumored to be in the running for Jackson’s head coaching position, but he was not eligible, because he’s not certified as a teacher in Miami-Dade County public schools and doesn’t meet the guidelines for athletics and extracurricular activities.

At Monday’s news conference announcing Brunson’s hiring, Campbell said, “At first I thought ‘this [expletive] might be crazy because I take football real serious, but after a conversation with her, I said, ‘Naw, she knows her football. She’s on point.’ I don’t take this as a joke. I didn’t want to be a part of no circus.”

“We’re just here to change the atmosphere at Miami Jackson and get some W’s on the board,” said Brunson.

In 2010, Natalie Randolph made headlines when she became what was then believed to be the nation’s first female head coach of a boys’ varsity team at Coolidge in Washington, D.C.  In three seasons, Randolph’s team went 16-26, which included an 8-3 season in 2011.

In addition to the boys’ football team, Brunson, who played for the Miami Fury in the mid-2000’s in the Independent Women’s Football League, will also coach the school’s girl’s flag football team.