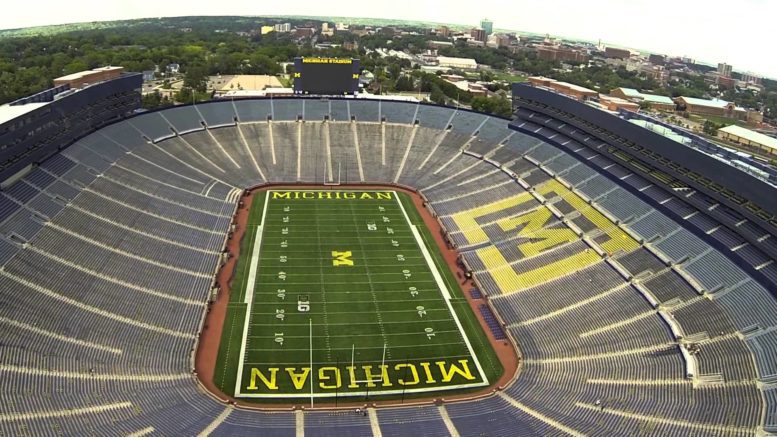 Since taking-over as Michigan‘s head coach, Jim Harbaugh has gone out of his way to connect with high school football programs, not only in his state, but also around the nation.  Friday, we learned that Harbaugh’s home turf, Michigan Stadium, will host seven high school football games this year in an event being called The Battle at the Big House.

The participating schools will share in the rental cost of the stadium, which totals about $65,000.

The games will be played August 25th through the 27th.

Jim Harbaugh’s Love of Football Started With His First Tackle