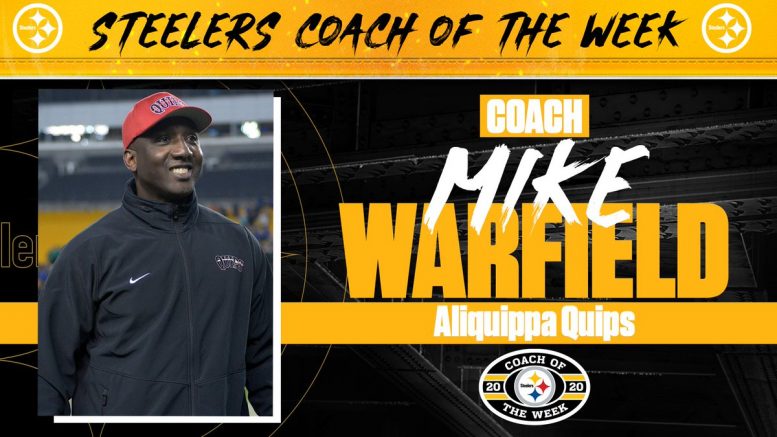 For the 13th consecutive season, Aliquippa is heading to a WPIAL final. 1987 Quips’ quarterback and current head coach Mike Warfield is this week’s Pittsburgh Steelers Coach of the Week. This week, Aliquippa will play Thomas Jefferson for the Class 4A championship.

Warfield took-over as the Quips head coach in 2018, leading the school to a state championship.

Week 9 Coach of the Week honors go to Mike Warfield from Aliquippa. In the semi-finals, the Quips upend Belle Vernon 33-25 to advance to the WPIAL Championship for the 13th consecutive season. Coach Warfield was the quarterback on the Quips 1987 Championship team