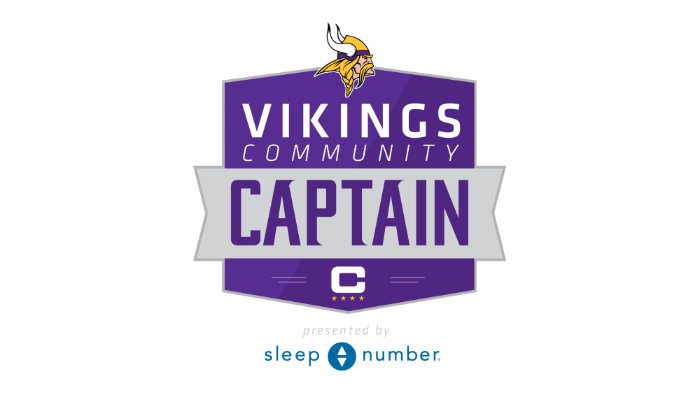 Congratulations to Alexandria Area High School junior wide receiver Kristen Hoskins and Lewiston-Altura senior Samuel Bronk, two of five student-athletes being honored by the National Football League’s Minnesota Vikings as Community Captains for 2020.  The award is for student-athletes who demonstrated extraordinary leadership on and off the field and served as role models for youth in the community.

Minnesota varsity athletes across all sports with a 3.0 GPA or higher and a history of community service were eligible for the distinction. Each winner received a Sleep Number 360® smart bed, a $1,000 scholarship, a $1,000 donation to the charity of his or her choice, custom Vikings merchandise and tickets to a 2021 Vikings game.

Here are all of the other winners:

Part of what makes our 2020 @SleepNumber Community Captains so special is what they do in the classroom and in their community.

As part of their recognition, each captain receives a $1,000 donation to the charity of their choice. pic.twitter.com/5ND2PJfYdi

Blaney was nominated for her volunteer efforts in multiple youth-focused organizations, such as vacation bible school and theater and youth soccer camps.

Reeck was nominated for her work in the community and efforts that helped raise $10,000 to bring awareness to racial injustice.

Swanson was nominated for his volunteer efforts during the pandemic that included the redesigning and 3D printing of PPE and related materials.