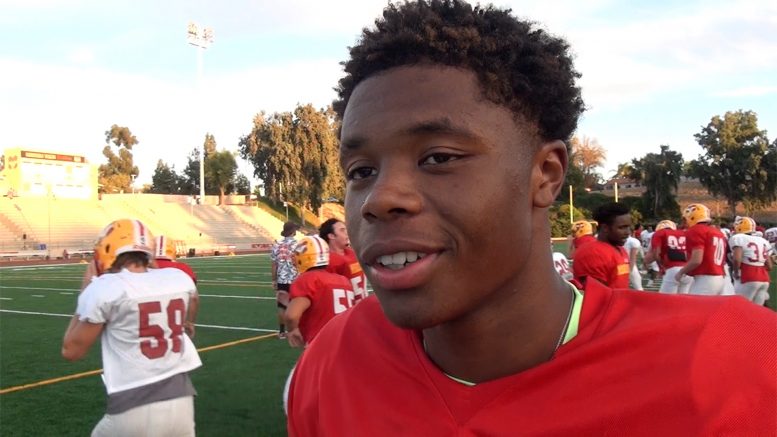 Mission Viejo (California) two-way, 4-star prospect Olaijah Griffin has given his verbal commitment to UCLA.  Griffin, who has 13 college football scholarship offers is considered the No. 8 cornerback back in the 247Sports’ composite rankings.

All Gas No Brakes! pic.twitter.com/sYBM0UXWdV

Griffin, who is 6-1 170 pounds, had 35 tackles last season with two interceptions. As a receiver, Griffin caught 39 balls for 759 yards with 11 touchdowns.

Grffin is the son of rapper Warren G, who chimed-in on his son’s commitment on Twitter.

I’m just a dad @OlaijahGriffin built his own stage.