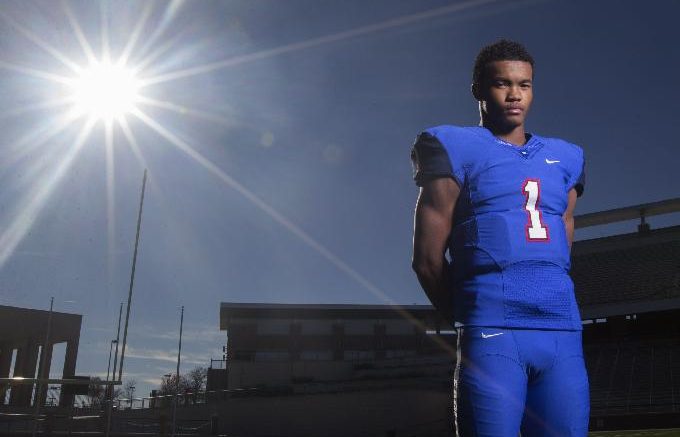 In his scholastic career, Murray played five games in the house that Jerry (Jones) built, winning all five, three of them for Texas championships.

Murray finished his career a perfect 42-0 as Allen’s starter. In his senior season, the dual-threat QB threw for 4,713 yards and 54 touchdowns. He also rushed for 1,495 yards and 25 TDs. He was named the High School Football America/NHSCA National Football Player of the Year for his senior season.

Making Murray’s appearance at AT&T even more interesting is he’ll be facing fellow Texasn Andy Dalton, who will be making his first starting appearance for the Cowboys after Dak Prescott was lost to injury for the season two weeks ago.

Dalton led Katy High (Texas) to a runner-up finish during his senior season in 2005, but that championship game was played in Texas Stadium, the former home of the Cowboys.