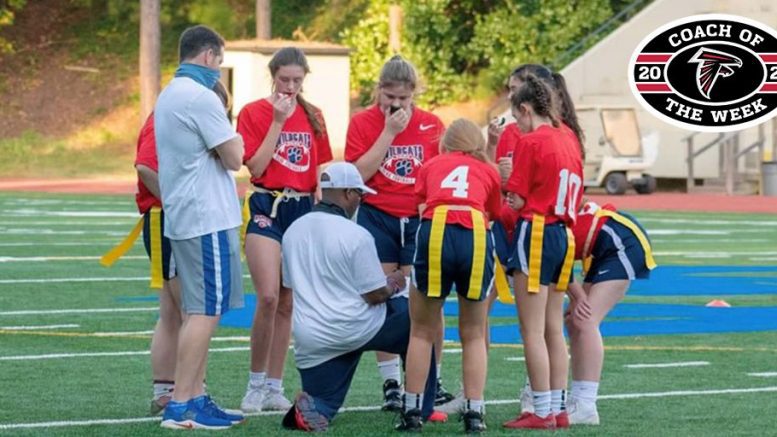 For the second week in a row, the Atlanta Falcons are honoring a girls’ flag football coach with the team’s High School Coach of the Week Award. This week’s winner is Montez Swinney, head coach at Dunwoody High School. Swinney is also a coach on the boys’ football team.

Introducing our Week 10 Atlanta Falcons Coach of the Week 📣

At the 2019 boys’ state football championships, the Falcons and the Georgia High School Association announced that girls’ flag football was becoming an officially sanctioned sport in the state thanks to a donation from the team and the Arthur M. Blank Family Foundation. In 2019, 52 schools across the state participated in flag football with more than 800 girls taking the field.