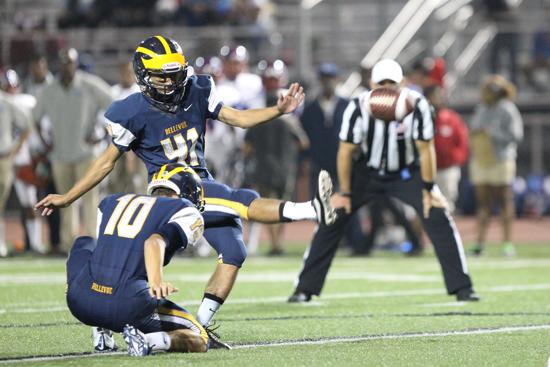 The Seattle Times is shining a spotlight on Washington high school football power Bellevue for using a local private school to supply it with top recruits.

According to the story, the Academic Institute, which the newspaper states doesn’t adhere to basic educational standards, has supplied Bellevue with players such as current UCLA linebacker Miles Jack; Arizona defensive tackle Marcus Griffin; and Max Griffin of the University of Washington. The story indicates that over the last seven years, at least 17 players from the Academic Institute have played for Bellevue, which has won 11 state championships in the last 15 years.

The Seattle Times called the Academic Institute a “diploma mill”.

The Academic Institute, described as a 40-student private school, is part of the Bellevue School District.  Washington State rules allow private school students without a football team to play for a public school in their home district.

Earlier this year in a separate incident, Bellevue head coach Butch Goncharoff was ordered to sit-out the first two games of this season after the school self-reported recruiting violations within the program.  The entire program is on three years probation.