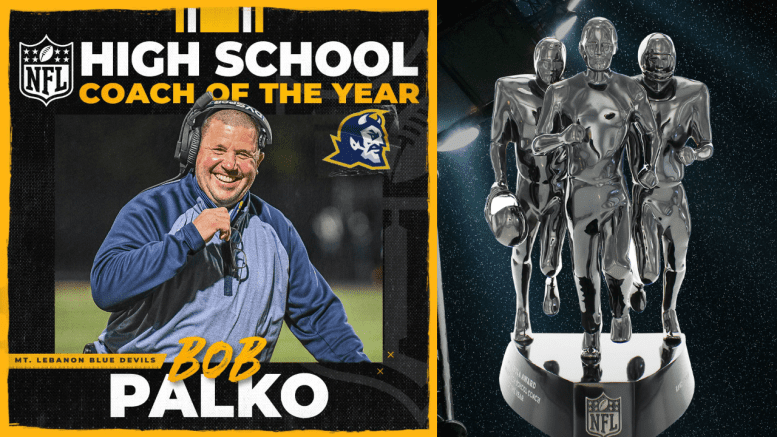 Bob Palko, who is spending the weekend in Las Vegas at the National Football League‘s Pro Bowl, is on quite a win streak.

Palko, who took-over the Mount Lebanon program in 2019 after 24 years at West Allegheny High School, was nominated for the award by the Pittsburgh Steelers. He was one of 32 team nominees invited to Vegas.

Congratulations to Coach Palko and the entire @mtlebofootball team!

The Don Shula Award is given to the high school football coach that best demonstrates integrity, achievement, and leadership, as well as a commitment to the health and safety of their players, as well as the impeccable characteristics of the late Shula.