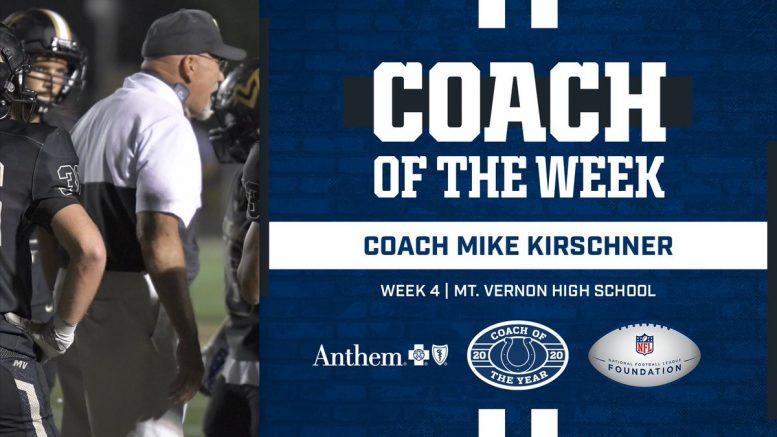 Mike Kirschner, head coach of Mt. Vernon High School, is the Week 4 winner of the Colts/NFL Coach of the Week presented by Anthem Blue Cross and Blue Shield.

Kirscher was nominated and selected for the award after his Class 4A, No. 3 ranked Marauders defeated Class 5A, No. 2 ranked New Palestine 35-22. The Marauders’ fourth straight win ended New Palestine’s 65-game regular season win streak. In addition, the Marauders ended the Dragons overall 30-game win streak.

The following coaches were recognized as honorable mentions for Week 4: