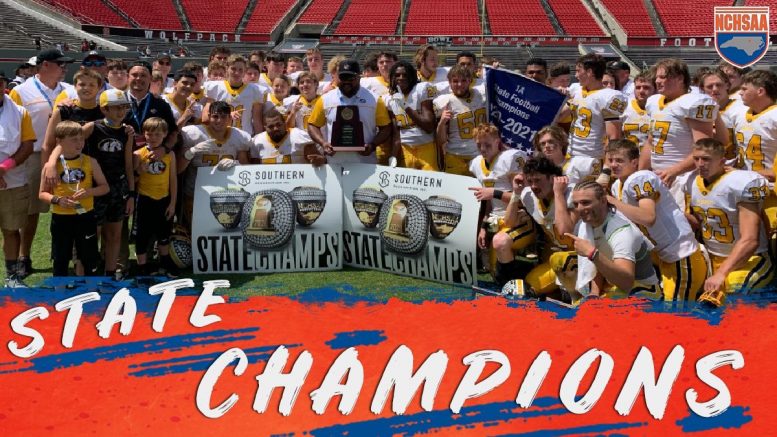 The following is from NCHSAA.org

RALEIGH, NC – The Murphy Bulldogs defense came up with the stops they needed, holding Northside-Pinetown to just six first downs and seven points on their way to winning the 1A State Championship 14-7. The win gave the Bulldogs their tenth Football State Championship in school history, and earning the all-time winningest head football coach in North Carolina history, David Gentry, his ninth state title.

The Bulldogs set the tone early, chewing up 5:39 off the first-quarter clock as they marched 11 plays and 88 yards to go up 6-0 on a two-yard touchdown plunge by Ty Laney with 3:16 to go in the opening quarter. Then the Bulldog defense went to work and shifted the field position in Murphy’s favor. After turning the ball over at the four-yard line, Murphy’s defense forced a Northside punt.

On the next play from scrimmage, Murphy Quarterback Kellen Rumfelt launched a 55-yard bomb to Isra Smith for a touchdown, lifting the Bulldogs to a 14-0 lead after a successful two-point try, which they maintained through the halftime break. Rumfelt paced the Bulldog attack, throwing for 254 yards and the single touchdown on his way to being selected as the Most Valuable Player of the Game. Payton McCracken garnered Most Outstanding Offensive Player honors for Murphy, hauling in five passes for 113 yards in the game. 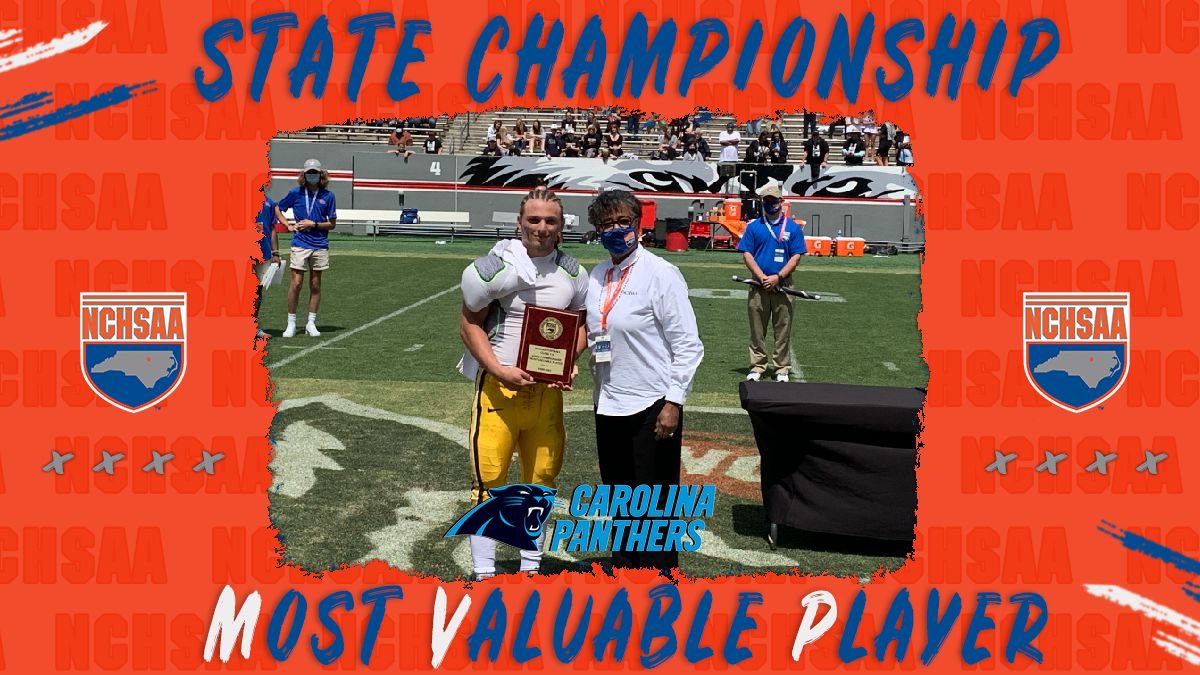 The Murphy defense was stingy all afternoon, holding Northside to just 198 yards of total offense and six first downs. The Bulldog defense was keyed by Ray Rathburn, who broke up a pass along with seven tackles in the game as he was chosen as Murphy’s Most Outstanding Defensive Player.

The lone score for Northside came in the third quarter as James Gorham, the state’s leading rusher this season, according to MaxPreps.com, rolled off a 73-yard touchdown trot with 9:19 to go in the third, trimming the Murphy lead to 14-7. Gorham was selected as Northside’s Most Outstanding Performer offensively. The Northside defense kept the Panthers in the game, led by Tyler Harris, who picked up nine tackles in the game on his way to Most Outstanding Defensive honors for the Panthers.

Murphy wrapped up the season 10-1. The Bulldogs were 5-1 in Smoky Mountain 1A play. Murphy secured the program’s 13th Regional Title, appearing in the State Championship Game for the first time since winning the 1A title in 2018.

Northside-Pinetown finished the season 8-3. The Rams were 3-2 in Coastal Plains 1A play. They were Regional Champions for the second time in school history and the first time since 2000.

The NCHSAA is committed to recognizing and promoting good sportsmanship and has partnered with the NC Farm Bureau to highlight individuals from each State Championship event who exemplify the ideals of outstanding sportsmanship. The 2020-2021 1A Sportsmanship Award recipients were James Gorham from Northside-Pinetown and Rashad Davis from Murphy.