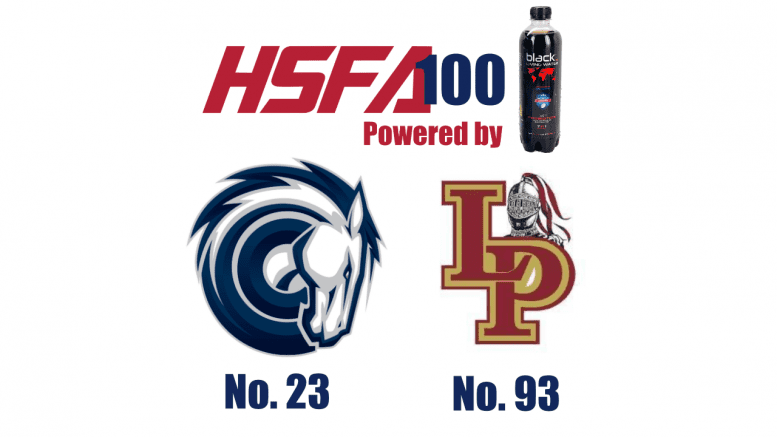 With a little over a minute to play, Jaxson Dart threw a touchdown pass to Cody Hagen on a fourth-and-goal from the 4-yard line to give the Chargers a 29-26, but Skyridge didn’t give up. Skyridge drove to the Corner Canyon 5-yard line with just eight seconds to play. Instead of trying a field goal to send the game to overtime, Skyridge decided to go for the win.

Skyridge sophomore quarterback McCae Hillstead was stopped at the two yard line on a pass-run option, which gave CC the win, improving the Chargers record to 9-0.

Lone Peak, ranked No. 93 nationally, also played a nailbiter against American Fork, ranked No. 4 in our Utah Top 10. Lone Peak trailed 24-15 in the third quarter, but that’s when the Knights offense caught fire. Back-up Jonah Heimuli was inserted at quarterback and he threw for 261 yards with four touchdowns passes to Weston Covey that led to a 48-45 victory.

📹: @LPHSKnights take the lead! Guess who. Weston Covey. His third touchdown catch puts the Knights up 34-31 in the fourth. pic.twitter.com/s23k3k6VpE