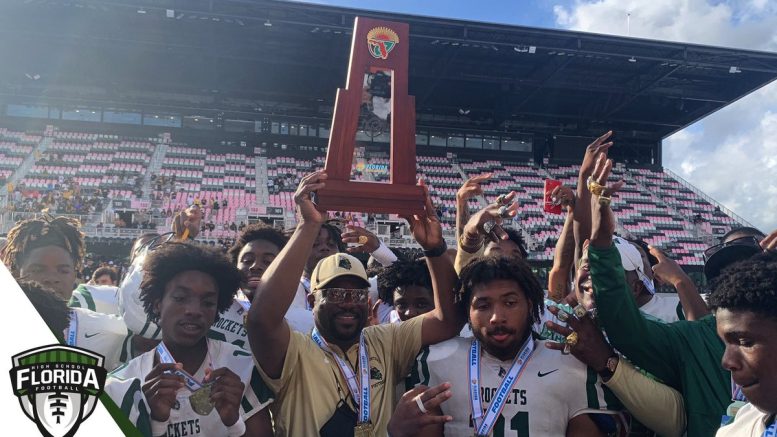 According to the game recap from FloridaHSFootball.com, the Rockets defense was outstanding in the 5A championship game.

When they say defense wins championships, the Rockets showed off why they are one of the top teams in the Sunshine State with a defensive output that collected 31 tackles, two sacks, three tackles for loss, 2 interceptions, both returned for pick-sixes, three pass breakups, one blocked field goal, and seven quarterback hurries.

Receiver Joshisa Trader had a big game with four catches for 116 yards and two touchdowns. Overall, Trader finished the game with 212 all-purpose yards.

One play drive as Keyone Jenkins throws a rocket to Joshia Trader for a 50 yard TD! #flhsfb pic.twitter.com/6VgFoaDO0I

Merritt Island finishes with a 13-2 mark.