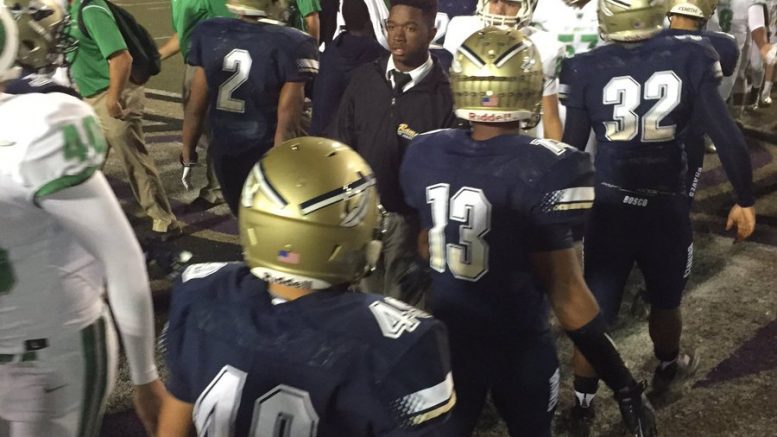 St. John Bosco junior quarterback Re-Al Mitchell had a hand in five touchdowns Friday night as the Braves, ranked #7 in the nation by High School Football America, routed St. Mary’s from Stockton 55-16.  Mitchell threw four touchdown passes and ran for one in the victory over Rams, who entered the game ranked #8 in our California Top 25.  SJB is currently ranked #2 in our state and SoCal Top 25’s.

Dememtrious Flowers rushed for two touchdowns for the 4-1 Braves.