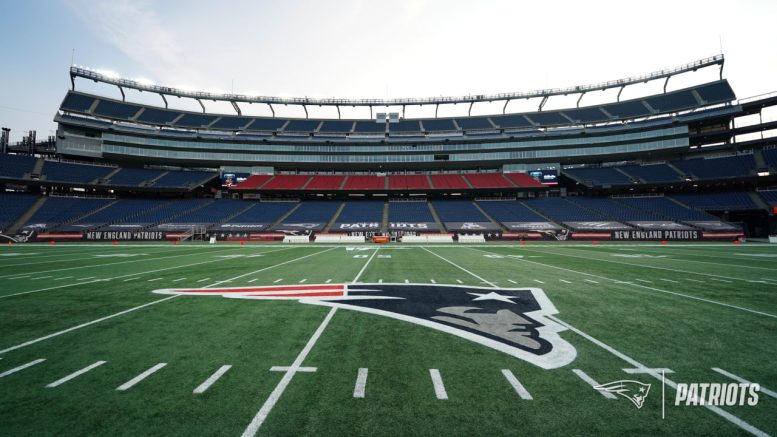 Winning a high school football championship is great, but winning one on an NFL turf takes things to another level.

The Super Bowls, as they are known in Massachusetts, drop the curtain on the 2021 season. The 16 participating schools and their fans will be treated to an NFL-caliber game presentation with music and replays on Gillette’s high-definition video boards.

Welcome to Gillette for the MIAA Super Bowls breakfast. No coin tosses this year for home & road those will be based on higher seeds. Some other updates coming though if there’s anything noteworthy @newftbj @HSFBamerica pic.twitter.com/qwtyfHEgMA

Last week, the Patriots hosted their annual MIAA Football State Championships breakfast with captains, coaches, and administrators from each of the teams.

One of the highlights at the breakfast was a talk by Pro Football Hall-of-Famer Andre Tippett, who currently is part of the Patriots’ front office.

Welcome to Gillette Stadium for the MIAA football championship breakfast. Andre Tippett is speaking to the players and coaches. pic.twitter.com/oSl9uxTYJw

On Thursday, No. 2 Central Catholic will play No. 3 Springfield Central in the Division 1 Super Bowl. This will be a rematch between the two who opened the season against each other. CC won the September game in a 67-52 shootout.

Also on Thursday, No. 1 Catholic Memorial will meet No. 5 King Philip Regional in the Division 2 championship game. CM is looking for its first Super Bowl win since 1978. King Philip won titles in 2016 and 2017.