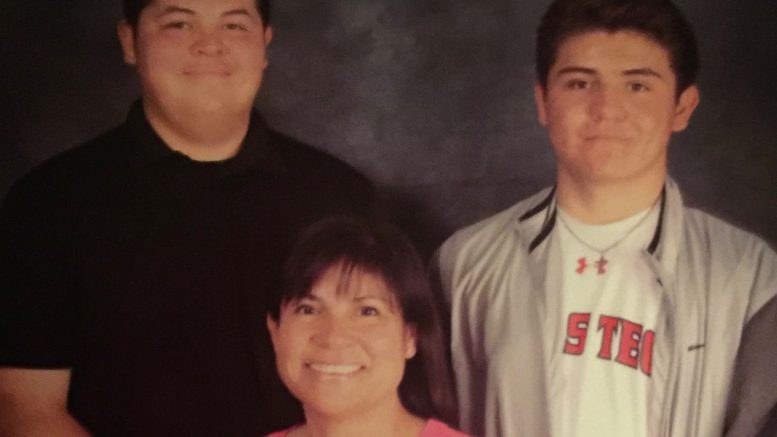 “Behind every great man, there’s a great woman.” This saying was first popularized in the 1960’s and 70’s during the feminist movement. It is not used as much anymore because it depicts women in a secondary role. However in the coaching world this saying still hits home; especially with me. Now, I’m am not trying to suggest I’m a great man, but the woman that has been supporting me blindly from the day we met in 1989 is indeed, great.

I met the former Belinda Campa towards the end of my junior year in high school; she was a senior. She was a two-sport athlete excelling in volleyball and basketball (actually three sports if you count softball, which she only played in the summer because they did not have it in the schools yet). She came from a sports family, as her brother, sister, and father were also athletes; as a matter of fact her father was a highly-respected high school football referee in El Paso, Texas for many years. Is that some serious irony or what? A football coach had a former football referee as a father-in-law. He was a great man who attended all the games I coached in up until his passing in 2003. One of the things that made him special…he criticized the refereeing after every game.

My wife, like all coaches wives, feel the pain of every loss. We can say “we don’t take our work home with us,” but we do. At least I do. This is not a job to me, it is my livelihood, so naturally I’m coming home every day and I’m bringing my moods with me; sometimes good, sometimes bad. But, she’s a rock. She manages our home, helps raise our boys, teaches elementary school, and still finds time to support me and my program in every way possible.

Read past A New Era blogs by Coach Veliz

Our wives hear all the noise in the stands that we don’t hear. We chose this profession, so we knew the risks, but they didn’t. They have to endure strangers blasting their loved ones, but they take it in stride and their faith never wavers. No matter how many people have a vested interest in your program and no matter how many people support and love your program, no one has a harder role than a coach’s wife and no one’s heart bleeds harder than a coach’s wife on every single play of every single game. So God bless all the coach’s wives across this great country…we would all be nowhere without them.