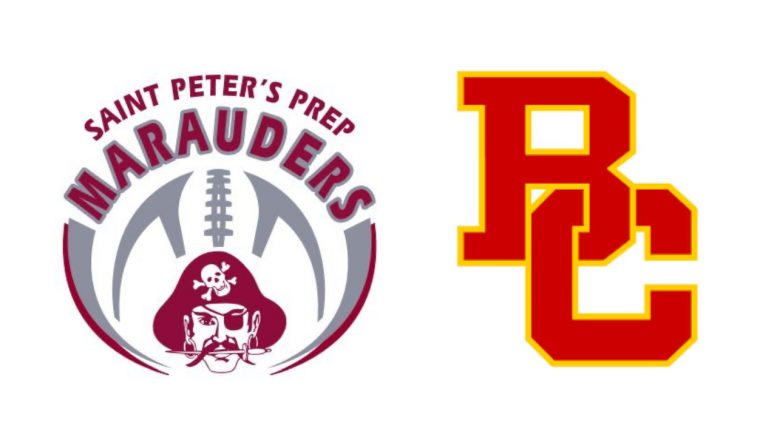 A day after a COVID-19 case inside the St. Peter’s Prep high school football program canceled its high-profile game against Bergen Catholic, we learn that the game is back on. Officials in the Super Football Conference have announced that the two national powers will play on November 28 in a game that will probably determine the top team in the Garden State.

SPP, currently ranked No. 8 in the High School Football America 100 national high school football rankings, is currently in a two-week quarantine that will end November 20. The Marauders first game after the quarantine will be against Seton Hall Prep, which is also in a quarantine now, on Thanksgiving Day.

Bergen Catholic’s road to the St. Peter’s showdown has a couple of huge games. The Crusaders will face arch-rival Don Bosco Prep this Saturday, which makes up for their regular season game on October 23 that was postponed when DBP was in a two-week quarantine. On November 21, the Crusaders will travel to Delbarton, which is currently ranked No. 3 in the High School Football America New Jersey Top 25.