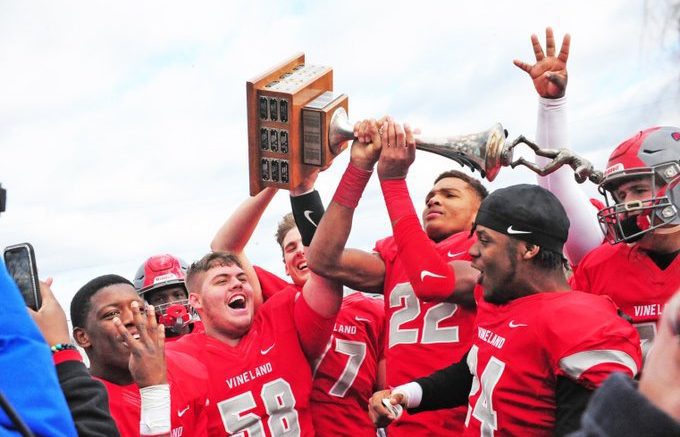 For the fourth straight year, the Vineland controls the bragging rights in its series against arch-rival Millville. On Thanksgiving morning, Vineland scored three times in the fourth quarter to capture the 148th meeting between the two 27-26.

This guy is staying in Vineland for a fourth straight year, the first time that’s happened since the early 1940s.