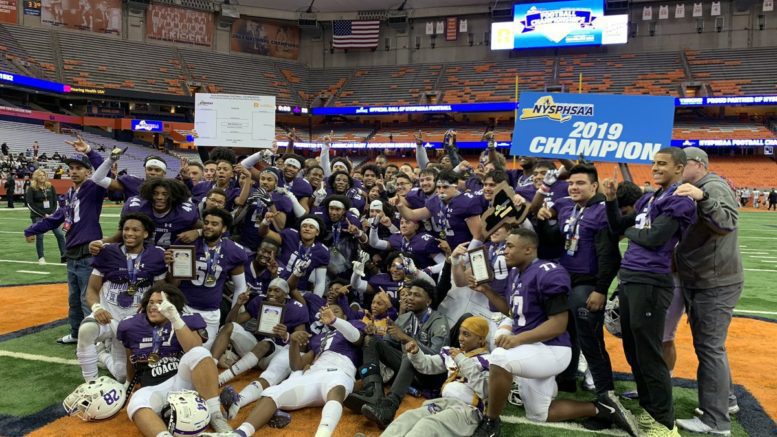 The championship is the Huguenots’ third overall, but it came without New Rochelle’s longtime coach Lou DiRienzo on the sidelines. He was reassigned by the school district on November 13, four days before the team’s state quarterfinal game.

Despite a large amount of protest in-favor of DiRienzo being allowed to return to the sidelines, New Rochelle assistant coaches assistant coaches Greg Foster, Ray Rhett and Rich Tassello led the program over the final three games.