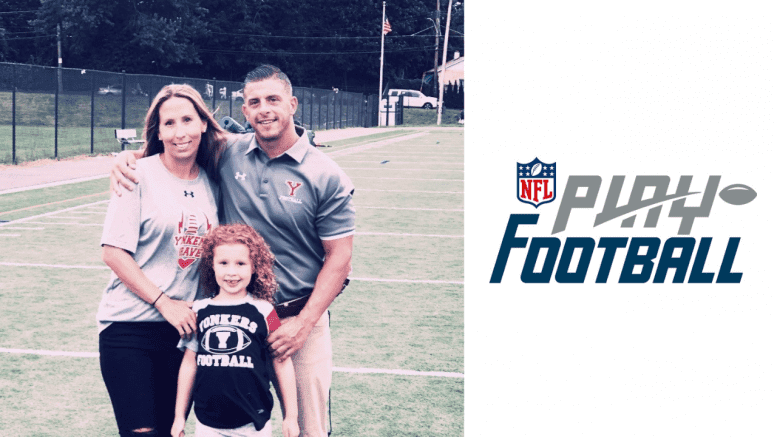 In recognition of Coach Chiappa’s selection as Coach of the Week, a $2,000 check will be granted to the school’s football program from The Giants Foundation and Gatorade. He will also receive a certificate of recognition signed by NFL Commissioner Roger Goodell and Giants head coach Joe Judge.

Coach Chiappa’s credits his coaching pedigree to the other successful head coaches he has learned from an assistant coach at places like New Rochelle, Nyack, Clarkstown South, Harrison, and John Jay Cross River, where he has won 4 sectional championships. The Yonkers Brave football program is made up of students from Saunders, Lincoln, Riverside and Palisade Prep and is supported by the Yonkers Fire Department. “The partnership with the Fire Department goes beyond support with Friday night dinners,” said Coach Chiappa. “They provide the boys with support to excel in school and prepare for life. I can’t thank Lou Vellucci and the Yonkers Fire Department enough for all they do for my players and program. If I ask Lou for something, he says ‘no problem Coach.’ I’m very grateful for the partnership that was created.  It’s another way for my players to see a positive role model in their life and their community.”

James Rose, Yonkers Athletic Director, commented “Coach Chiappa is a goal-oriented coach with vision he created from his past experiences and a plan for his team to be successful”