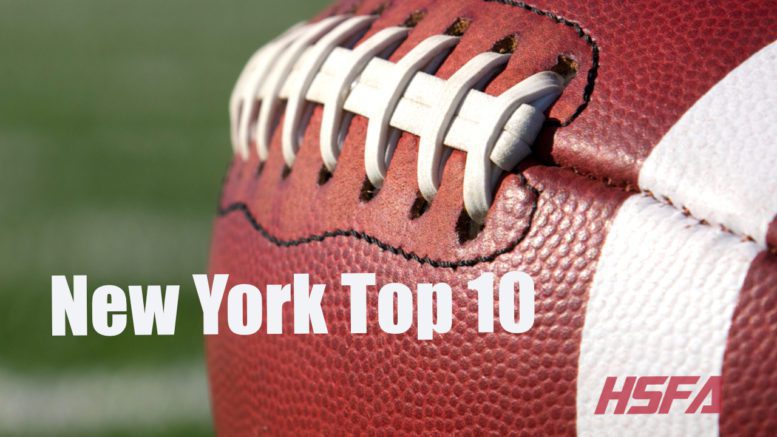 While some teams are still waiting to open their season, it’s time for the first in-season High School Football America New York high school football Top 10 that is created with our proprietary algorithm. Leading the way is Archbishop Stepinac at No. 1.

The early part of the season has put a spotlight on some of the top teams playing longtime New Jersey powers. No. 3 Erasmus Hall open with a 20-0 loss last weekend against St. Peter’s Prep (New Jersey), ranked No. 60 in the latest High School Football America 100 national rankings.

This weekend at MetLife Stadium in the Meadowlands, No. 4 Cardinal Hayes will face St. Joseph Regional (Montvale, New Jersey), currently ranked No. 5 in the nation, as part of a tripleheader at the NFL stadium called Battle for the Bridge. Also, heading to Jersey is No. 2 Iona Prep where it will play Pope John XXIII (New Jersey). Long Island’s St. Anthony’s, currently ranked No. 9 in the state, will play Delbarton (New Jersey).