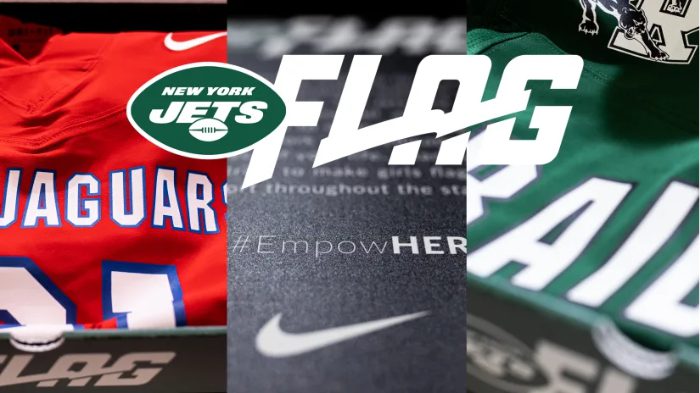 On Sunday, the New York Jets and Nike hosted eight teams in the first annual  New Jersey High School Girls Flag Football Invitational  at  the  Central Park of Morris County with the top four teams advancing to the state semifinals. Irvington, Shabazz, Passaic County Technical Institute and Indian Hills advanced to the state semifinals that will be played Thursday night at 5 P.M.

The Final Four will drop the curtain on the pilot league’s inaugural season. It began in early February with the announcement that the Jets and Nike were joining forces with the North Jersey Super Football Conference (NJSFC) and the New Jersey Interscholastic Athletic Association (NJSIAA) with the long-term goal of having the sport adopted as an official varsity high school statewide championship sport.

One of the highlights at Sunday’s invitational was when the Jets surprised one  graduating senior from each school with a $1,000  scholarship.