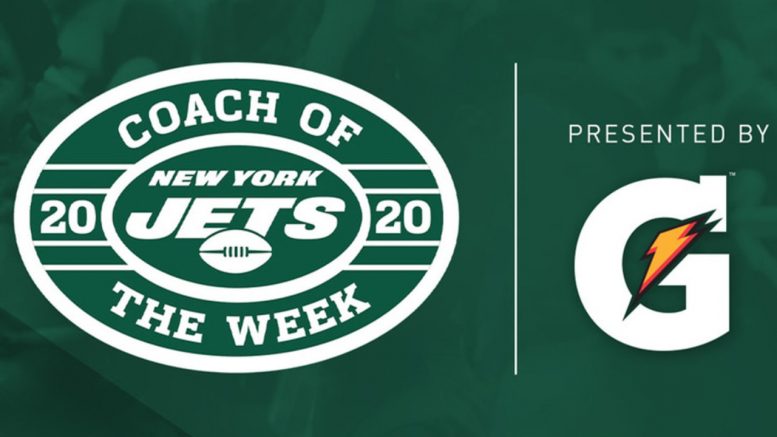 Through Gatorade’s partnership, the monetary award to benefit the school’s football program has doubled to $2,000. Along with this award, Fort Lee High School and Governor Livingston High School receives an automatic bid to compete in the 2021 New York Jets 11-ON Tournament. In addition, they will be invited to watch the New York Jets play from a luxury suite at MetLife Stadium, when fans are allowed to attend games.

In its 25th year, the Coach of the Week award is given to a coach in the Tri-State area who serves the best interests of the game through the teaching of sound football fundamentals, the motivation of young players to achieve and the promotion of youth football by way of dedication to their community, their school and their student-athletes. Due to the Covid-19 pandemic, the Jets will name two coaches every week because of the condensed high school football season.

See what the Jets are doing in the community