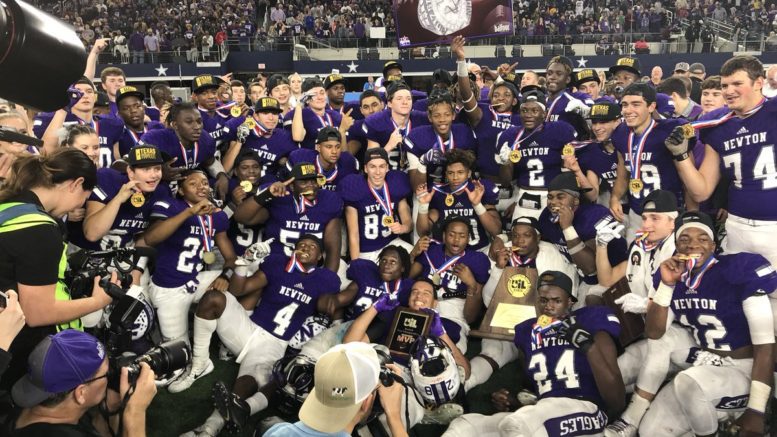 Newton scored 26 unanswered points to capture the Texas Class 3A Division II state title with a 40-16 win over defending state champ Gunter, which brought a 31-game win streak into the game.

The win gives Newton its ninth undefeated season in school history and its first state title since 2005.