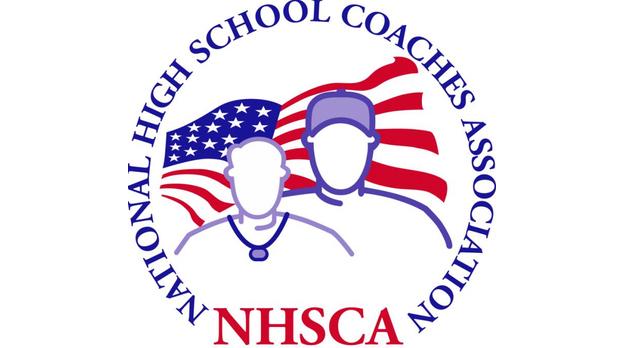 This past season, Horsley, who was a runner on the Soda Springs cross country team in the late 80’s, led the Cardinals to their 14th straight Idaho Class 2A state championship. It was the eleventh time that the school has won the state championship without an individual champ. However, this year’s squad placed five girls in the Top 24, led by Brynlee Simmons, who took 4th place.

Horsley’s 2013 team became the first-ever to win the girls’ state championship with a perfect team score. Over the last fourteen seasons, Horsley has been named Idaho’s 2A Coach of the Year every year. He’s also won the Boys’ Coach of the Year Award eight times.

“We are extremely pleased to honor Coach Horsley,” said Eric Hess, Executive Director of the NHSCA. “He has established the girls’ cross country program as the best in Idaho. He exhibits a strong dedication to supporting and developing his high school student-athletes in the classroom and outside of it.”

“Winning our 14th Consecutive Cross Country Title this year was pretty amazing, not because we won for the 14th year in a row, but because we have established a level of consistency in our program,” said Horsley. “Early on, it might have been about a ‘streak,’ but really it is about helping kids to be the best they can be, to maximize their potential, and help them achieve things they never thought possible. I have been lucky enough to be a part of this great run with amazing coaches, incredible kids, and a supportive community and parents

Horsley is the first Idaho coach to be named the NHSCA National Girls’ Cross Country Coach of the Year.

Throughout the next few months, the NHSCA will be announcing the 2019-2020 Coach of the Year honorees in 20 boys’ and girls’ sports. This marks the 21st consecutive year the NHSCA has honored achievers within the high school athletic community nationwide.

Each of the honorees will receive a beautiful plaque.  In addition, the Coach of the Year honoree will be displayed in the National High School Digital Sports Hall of Fame that is currently under development.

Past NHSCA National Girls’ Cross County Coaches of the Year

The NHSCA is a 501c3 non-profit organization with a mission statement to provide leadership and support to the nation’s one million high school coaches and ten million high school athletes. The NHSCA selects the National Coach and Athlete of the Year in 20 boys’ and girls’ sports that will be featured in the National High School Digital Sports Hall of Fame. The Hall of Fame will serve as a home for all of the 20,000 high schools in America to honor their outstanding coaches, athletes and administrators. The Education Resource Center is a free educational platform developed by the NHSCA to provide coaches with information about real world issues currently facing coaches and athletes across the country. The NHSCA also provides unlimited liability insurance for all its members and provides the ability to purchase additional liability insurance. For more information go to NHSCA.com.