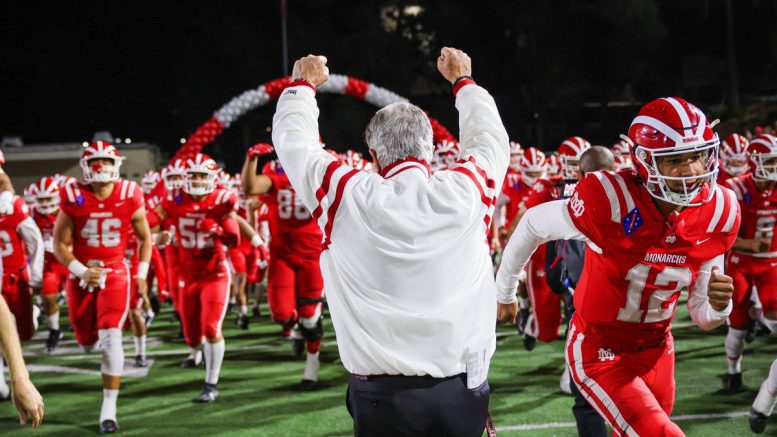 Mater Dei, the No. 1 team in the High School Football America 100, continues to prove it’s worthy of the ranking that is powered by NFL Play Football. Saturday night, the Monarchs beat arch-rival Servite 46-37, which gives the school at least a share of the Trinity League title. MD can win the league championship outright next week when it closes-out the regular season against JSerra.

With over 9,000 fans looking-on at the Santa Ana Bowl, Mater Dei used all of its offensive weapons in the victory. Sophomore quarterback Elijah Brown completed 17 of 23 passes for 247 yards, while Raleek Brown ran for 163 yards.

With the game tied at 31-31, Mater Dei took the lead for good on Quincy Craig’s fourth touchdown. A two-point conversion gave the Monarchs a 39-31 lead.

Mater Dei now has a 10-game win streak against Servite.

The High School Football America 100 National Championship Chase is On