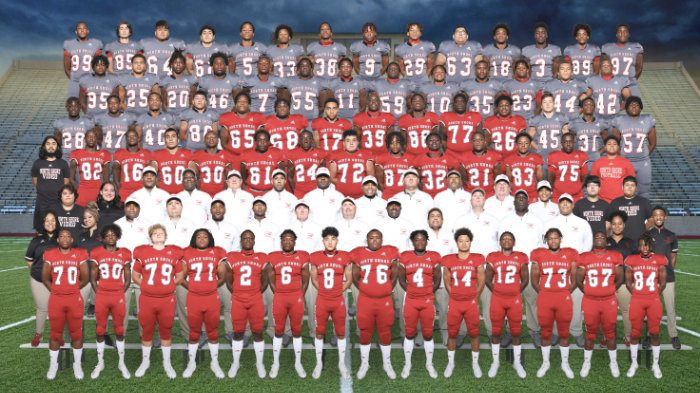 North Shore continues to roll toward a possible third straight Texas high school football championship in the state’s largest classification. The Mustangs, ranked No. 1 in the High School Football America 100 national rankings powered by BlackMP Living Water, beat No. 37 Katy Tompkins 47-22 on Christmas Eve to advance to the Class 6A Division I state quarterfinals.

The game was billed as the battle of future SEC quarterbacks with Auburn-bound Dematrius Davis, Jr. leading North Shore and Tompkins’ offense being led by future Alabama QB Jalen Milroe. When the smoke cleared, North Shore showed why it has the power to capture another Texas high school football championship and a possible “mythical” national championship.

This one was never in doubt with North Shore owning a 33-7 lead in the third quarter behind Davis, who finished with three touchdown passes and four rushing TD’s. He completed all but four of his passing attempts for 302 yards. Davis also ran for 84 yards.

Davis keeps it himself for the 9-yard score

In the regional final, North Shore will play the winner of Saturday’s game between Fort Bend Ridge Point and Atascocita.