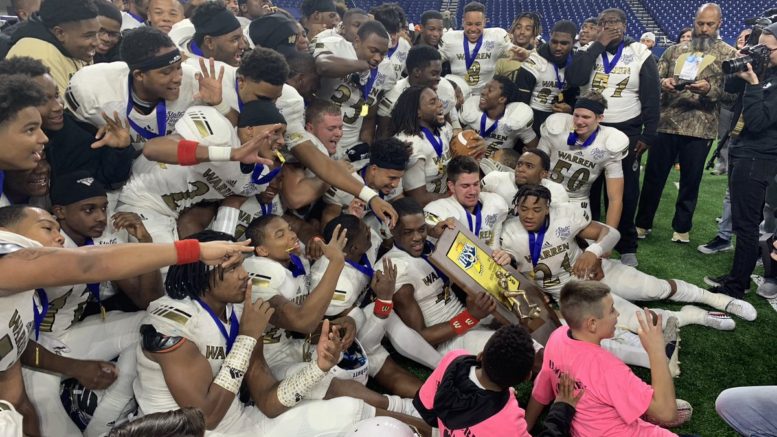 Warren Central finished a perfect season Friday with a 27-7 victory over Carmel to capture the Indiana Class 6A championship. It was the second time this season that the Warriors, ranked No. 11 in the High School Football America 100 national rankings, beat Carmel.

Warren Central’s defense held Carmel to 159 yards of total offense. On offense, senior running back Romeir Elliott rushed for 162 yards and two touchdowns to finish his season with 2,980 yards and 40 scores.

.@jayden_george3 talks living up to his father and brothers at @WarriorNation_1 and how the Warriors overcame injuries to win the 6A state title. pic.twitter.com/31d0lk92jo

Jeff George got emotional when talking about what it's like to watch his sons win state championships. @WarriorNation_1 @indyhsscores pic.twitter.com/AKZy6jq6qL