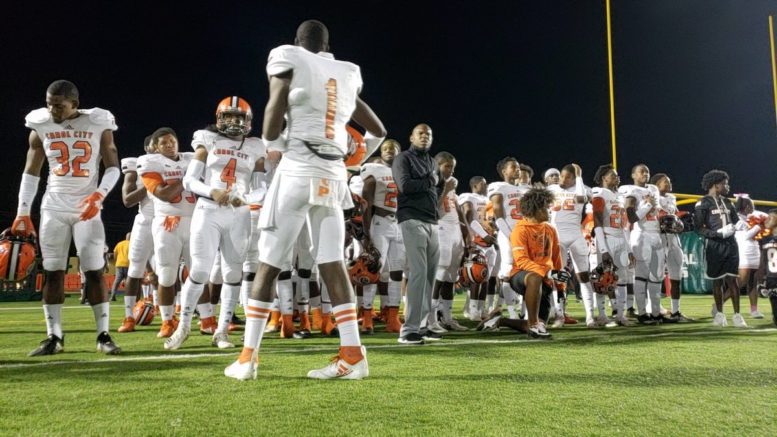 Carol City got out to a 16-0 lead on the way to a 36-28 victory over Miami Central in a showdown between highly-ranked teams in the High School Football America 100. Carol City, which wraps-up the District 16-6A title, entered the game ranked No. 13 in our national rankings, while Central was No. 4.

Nay’Quan Wright ran for 88 yards on 17 carries and two scores.

The victory also made-up for bad news earlier in the week for the Chiefs who were forced to forfeit their first two victories of the season because of using two ineligible players.

MaxPreps honors California’s St. John Bosco as #1 in the nation

Top 100 recap: No. 20 Trinity Christian Academy beats No. 32 Chaminade-Madonna for Florida 3A championship