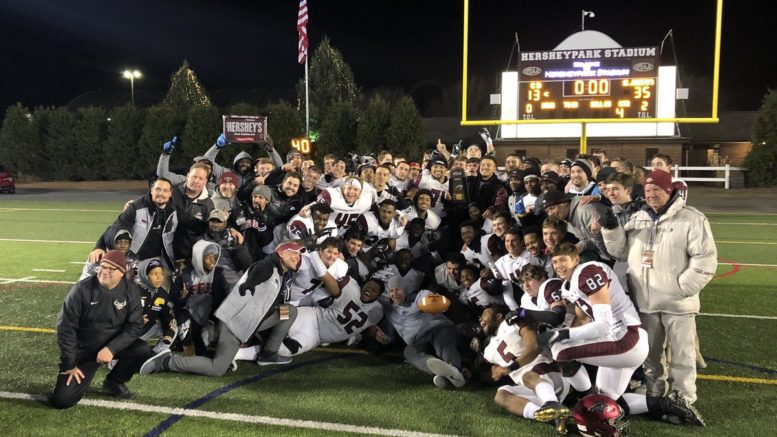 For the second straight year and the fifth time in seven years, St. Joseph’s Prep is the top team in Pennsylvania largest classification. The Hawks beat Central Dauphin Saturday night 35-13 to capture the state’s 6A title.