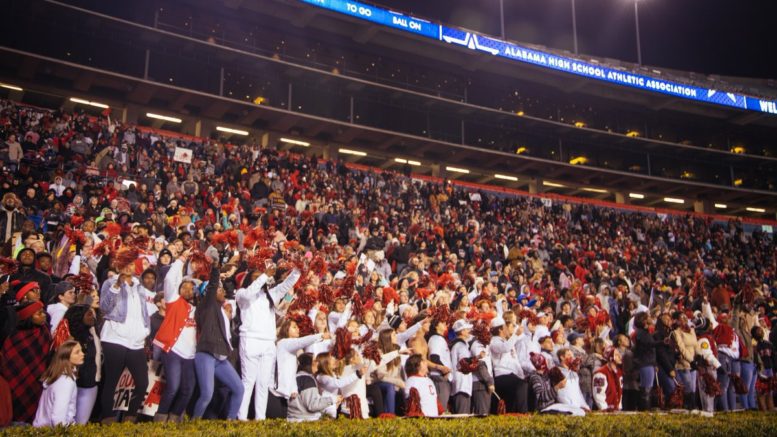 For the first time since 1993, Central High (Phenix City) is an Alabama high school football champ. Thursday night, the Red Devils rolled to an easy 52-7 victory over Thompson in the Class 7A title game. Central entered the game ranked No. 14 in our High School Football America 100 national rankings and No. 1 in the State of Alabama, while Thompson was No. 44 nationally and No. 2 in the state.

The Central Red Devils are your 2018 7A @AHSAA_football state champions! Here's what the team had to say after beating Thompson 52-7 (!!!) to give Central its 2nd state title in school history @CHSREDDEVILS @JameyDubose @peter_jelani @WRBLSports pic.twitter.com/GMmsY2KJb5

Central QB Peter Parrish, an LSU commit, outplayed Taulia Tagovailoa, who is the brother of Alabama quarterback Tua Tagovailoa and an Alabama commit himself. Parrish rushed for 100 yards on 11 carries with a touchdown, plus he was 5-of-9 for 78 yards with a touchdown pass. Tagovailoa, who suffered a shoulder injury in the state semifinals, was just 7-of-11 for a career-low 44 yards with an interceptions. He was also sacked four times by a Red Devil defense that played well all night.