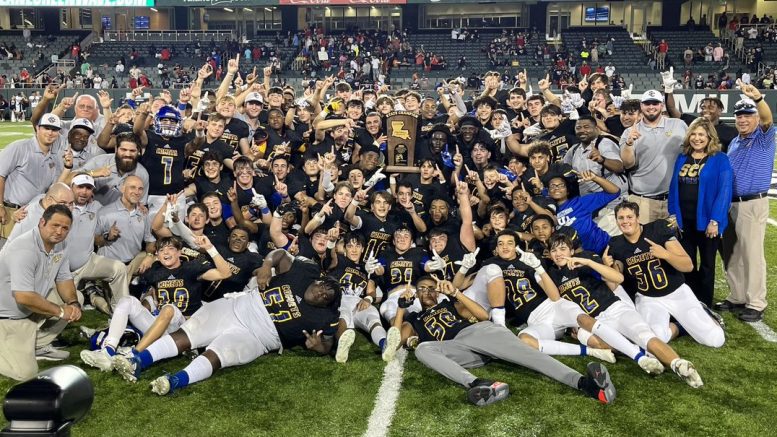 The title brings a smile the the faces of the St. Charles community that was ravaged by Hurricane Ida in early September. SCC had finished runner-up to LCA during the last three season.

COMETS coming back to LaPlace with HARDWARE!!!!! pic.twitter.com/g3e8jFqCkF

With 2:26 to play, LCA had a bad snap on a punt. The ball went into the end zone and Kyle Cannon recovered for the game-winning score.