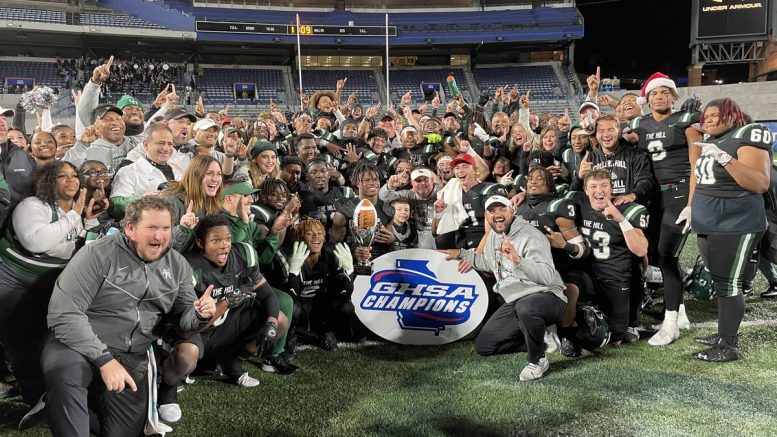 The championship is the first-ever for the school in football.

Horn, a Missouri-commit, completed 22-of-33 passes for 243 yards with a touchdown pass to Hunter, who is considered the No. 1 college football prospect in the nation. Hunter, a Florida State-recruit, caught ten balls for 153 yards.

Horn finishes his career with 10,037 yards. That puts him eighth on the state’s all-time yardage list, according to Georgia High School Football Daily (GHSFD).

Hunter’s career 46 touchdown catches ties him with Braxton Hicks, who played at Rabun County. Hicks is currently at the University of Georgia.

GHSFD also reports that the 46 touchdown passes between Horn and Hunter is a state record for a QB/WR duo.

The Scrapbook – Peyton Robinson and the Westminster Wildcats