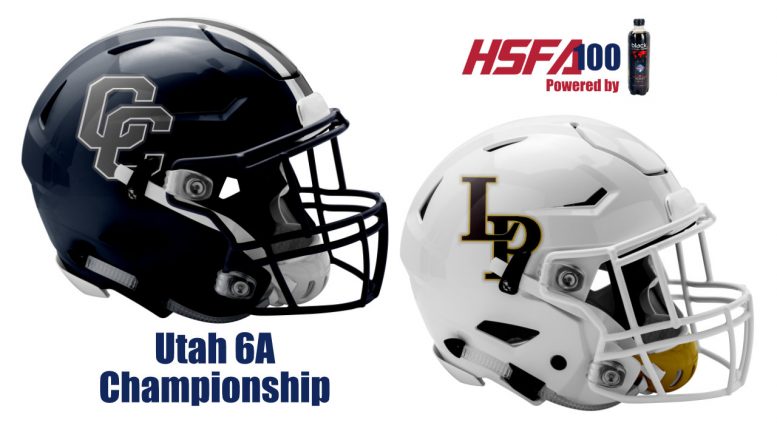 Corner Canyon’s quest for a third straight Utah high school football state championship continues. The Chargers advanced to Utah’s Class 6A state championship game next week by beating East, ranked No. 5 in the Utah Top 10, 45-30 to stretch their win streak to 39.

CC, ranked No. 16 in the latest High School Football America 100 national high school football rankings, raced-out to a 31-0 lead with senior quarterback Jaxson Dart, who ended with five TD passes and one rushing. Dart now owns the single-season record for most touchdown passes.

Lone Peak had a tougher time in its semifinal matchup against Skyridge, ranked No. 3 in the statewide rankings. LP, ranked No. 81 in our Top 100, trailed 17-7 in the third quarter before storming back to win 28-24.

The Knights were without head coach Bart Brockbank, who tested positive for COVID-19.

Next week’s championship game will be a rematch of the their September 24 game won by Corner Canyon 35-25.