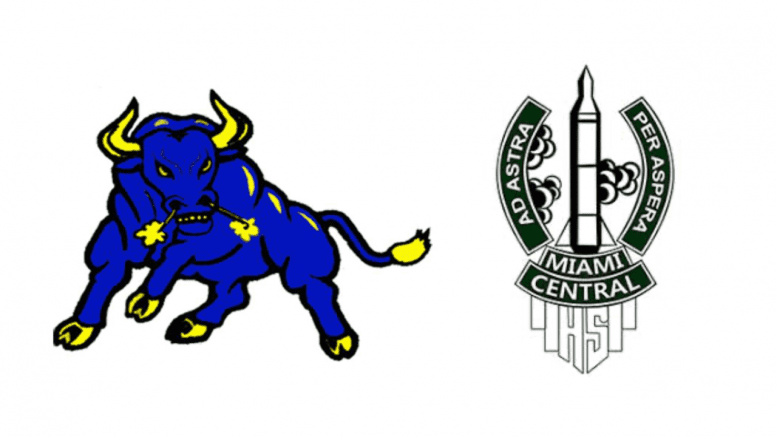 Even though both teams were starting their 2020 high school football seasons two months late, it didn’t diminish the importance of Friday’s game between South Florida nation powers Northwestern and Miami Central. Both teams were ranked highly in the High School Football America 100 national rankings (Northwestern No. 17, Miami Central No. 21) and both were beginning defense of their 2019 state titles — Miami Central (2019 6A champs) and Northwestern (2019 5A champs).

Miami commit Romello Brinson with a speedy touchdown to kick off the game. pic.twitter.com/tpEKhVmieg

Nebraska-recruit Patrick Payton’s scoop-and-score gave the Bulls a two touchdown lead with less than four minutes gone in the game.

Central didn’t go away, scoring twice to tie the game at 14-14 at the half.

Siddiq Jackson’s 46-yard touchdown run in the third quarter gave the Bulls the winning margin. However, twice at the end of the game, Northwestern had to come-up with defensive stops deep in Bull territory to preserve the victory.

No. 17 Northwestern vs. No. 21 Miami Central Highlights

Northwestern’s defense was outstanding throughout the game, coming up with ten sacks, five in the fourth.