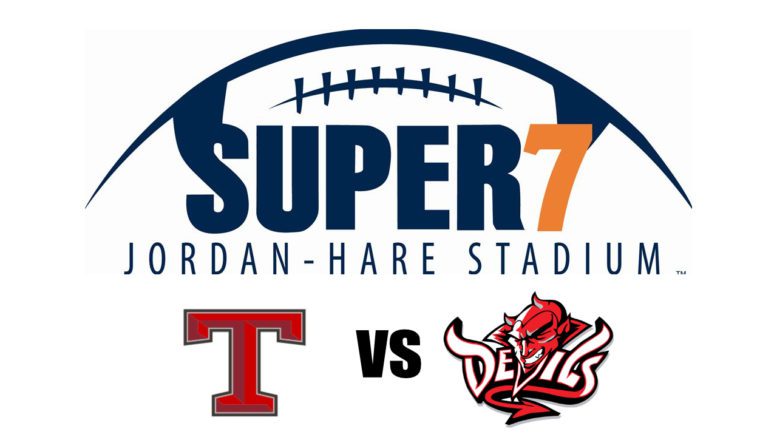 For the second year in a row, Central (Phenix City) and Thompson will battle for the Alabama 7A high school football state championship Wednesday night at 7 P.M. at Auburn’s Jordan-Hare Stadium. Both teams enter the game ranked highly in the High School Football America 100 national rankings — Thompson at No. 19 and defending state champ Central at No. 22.

In the 2018 title game, Central got out to an early lead and never looked back in 52-7 victory.

Central is loaded with D1 talent, led by wide receiver E.J. Williams, who has given his verbal commitment to Clemson. Red Devils quarterback Tucker Melton is a Bowling Green-commit and is protected up-front by linemen Javion Cohen (Auburn) and Joshua Jones (Kentucky).

Pate has completed over 75-percent of his passes with 39 touchdowns and only three interceptions. Pettway has caught 58 balls 1,042 yards with 15 touchdowns.

On defense, defensive end Jeeremiah Alexander is considered 5-star prospect as a sophomore.

Thompson is 11-1 with its only loss coming against Hewitt-Trussville on October 25. Central has won 12 straight after losing its season-opener 17-14 to No. 58 Hoover.

Hoover remains a solid No. 2 in the High School Football America Alabama Top 10