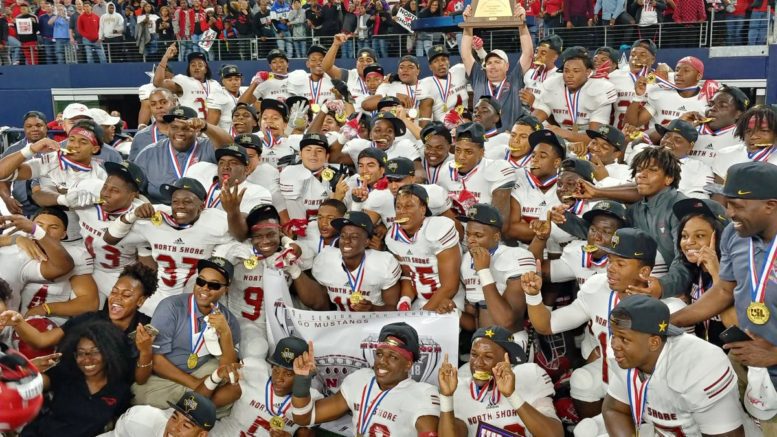 Saturday night’s Texas Class 6A Division I state championship between No. 2 North Shore and No. 17 Duncanville put a cherry on the 2018 high school football sundae. North Shore trailed the Panthers 36-35 with three seconds remaining when sophomore quarterback Demartrius Davis heaved a Hail Mary that was caught by UTEP-commit Ajani Carter to give the Mustangs a 41-36 victory.

You can watch the miraculous catch below.

In one of the most amazing plays you will EVER see, @NSNationFB wins on a Hail Mary heave to the end zone!#UILonFOX pic.twitter.com/dLF0dkDQO4

The game beat two unbeatens was played before 42,363 fans.